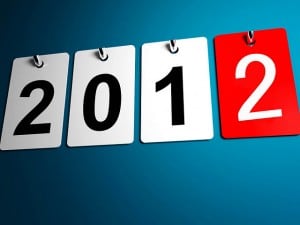 So I was on Facebook and saw this meme on another blog and thought it would be fun to play along….

Ok so the truth is it is 9:30 on a Saturday night and the girls are in bed and Mike is on the Final Table in a tournament that he has been playing all day, so instead of manically checking my iPhone every 2.8 seconds waiting on a Twitter update, I am going to fill this out and try to blissfully ignore the fact that it has been 22 minutes since his last update.

I may need wine.

I ran a 5k with Mike and the Teen. 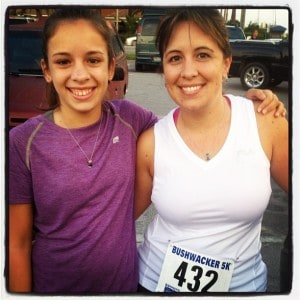 I went parasailing with a bestie. 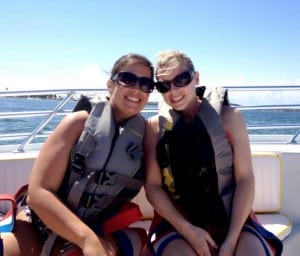 I was in the Pensacola News Journal. 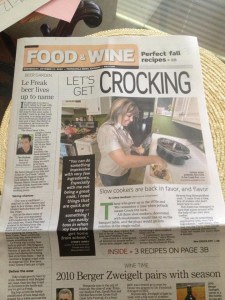 I sat on the couch from the set of FRIENDS and had coffee with my friends after touring the Warner Brothers Studio in LA. 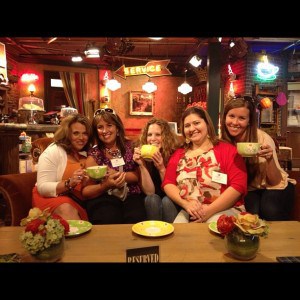 I took the Teen to Chicago for a Girls Weekend. 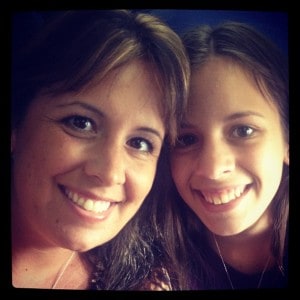 2. Did you keep your New Year’s resolutions, and will you make more for next year?

I was called out last year while doing a call on “Bold Goals” and said I wanted to double my business in 2012… I accomplished my goal by May.  So yes, I am setting the same goal again.  I thought it was BOLD last time… its REALLY bold this year.

3. Did anyone close to you give birth?

Heavens no… can I get a great big Hallleelllyyuuurrr that we are all past THAT stage of our life!?! (high five hystersisters!)  I did take on three Furbabies though!

4. Did anyone close to you die?

More commitment to losing the last of this weight.  I was on SUCH a roll, and I havent done crap since I got a case of the “eff its”…

Its now been like 40 minutes since the last update…. pins. and. needles.

6. What countries did you visit?
Well I went to Tennessee…. at some points during that trip we felt like we were in a different country…
.

7. What date from 2012 will remain etched upon your memory, and why:

Both Brandcations just because they are the highlight of the year when I get to see so many of my friends all at one time.

The day Jason passed and I got the call while in Chicago – I think the World stopped spinning for a few minutes.

The day I felt “validated” as a true Coach.  That actually happened on a couple different occasions.

.
8. What was your biggest achievement of the year?

I had an enormous year for my business this year.  I was one of the speakers in the Mind Aware Series which put me at the same level as some of the most amazing speakers in the Direct Sales Industry.  It was truly one of my greatest achievements ever.

.
9. What was your biggest failure?

I wouldnt even call it a “failure” but I could have lost more weight this year.  I lost 25 pounds, which is nothing to sneeze at, but I do beat myself up a little that I didnt keep at it and just lose whats left.  Oh well.

10. Did you suffer illness or injury?

Illness – no.  Thankfully I take grapefruit seed extract so I do not get sick.  And the only injury that comes to mind is my thumb because it is throbbing.

11. What was the best thing you bought?

Hmmm…. probably my treadmill. And a great pair of running shoes.

Gosh, toss up between Mike and the girls.  And well mine.  It's been an incredible year.  Both girls are doing great in school.  My business has boomed.  Mike has had a great year business and poker wise.  We all have reason to celebrate.

13. Whose behavior made you appalled and depressed?

Many Americans during the 2012 election.  ‘Nuff said.

Anything by Adam Levine…. *swoon*

i. happier or sadder?  happier

20. How will you be spending Christmas?

We had a wonderful Christmas right here at home.  I love having a home that fits everyone from our growing family!  It was delightful!

As cheesy as this sounds, yes.  I honestly can say I fall in love with Mike over… and over… and over again.  It's amazing what happens when you find your true soul mate and have a healthy relationship based on trust, honestly, and fairness.  It's the best, healthiest relationship I have ever had.  (although if he doesnt Tweet an update soon, his health may be in danger)

23. How many one-night stands?

Zero.  Unless we are talking with Moscato.  Then….

24. What was your favorite TV program?

Gosh we love so many.  Harry's Law was one of the best shows on TV but it was cut.  Castle has to be my #1 favorite though.  I will cry when that ends.

*Ugh, its been 45 minutes again… can you believe I do this all the time!?! The suspense kills me*

25. Do you hate anyone now that you didn’t hate this time last year?

I dont hold on to hate.  I have seen what it does to people.  It isnt pretty.

Turn To Me and No Turning Back were good chick lit… ohhhhh that reminds me, I think the third book was coming out this month….

27. What was your greatest musical discovery?

New lenses for my camera, a treadmill, new running shoes... I pretty much got everything I wanted this year.

30. What was your favorite film of this year?

Mike and I go to a movie nearly every week…. I cant even pick a favorite.

31. What did you do on your birthday, and how old were you?

I turned 32 this year… is it bad that I do not remember what we did….?

32. What one thing would have made your year immeasurably more satisfying?

Having hit my goal weight.

33. How would you describe your personal fashion concept in 2012?

Trisha had to do a blue jean intervention LOL  But since then I am pretty sure I have stayed pretty fashionable.  I have all but given up high heels though as my shin splints were so unforgiving when I ran… that is something I never thought would happen.

35. Which celebrity/public figure did you fancy the most?

Adam Levine (is that getting redundant?) “Rick Castle”  and  Robin Roberts.  ( all for very different reasons)

.
36. What political issue stirred you the most?

I chose to stay out of it all… even a few light hearted things I posted started a “gang war” so I just opted to watch Law and Order reruns.

38. Who was the best new person you met?

Soooo many of my blogging buddies!  Then friends at home – Mike's poker buddies, Liz, Cayce, my Bunco ladies….

That if you stick to something long enough, you will be successful at it.  That people telling you that you “can't” is some of the absolute best motivation to make you “can.” That some people just need to stay in your past, no matter how much you miss them.  And that at the end of the day, the people who matter the most will be there, and those who do not matter you will be glad have stayed gone.

40. Quote a song lyric that sums up your year: