You may remember back in April when I took on three tiny kittens who were rescued from my friend Trisha before being put down at the pound.  My intentions were to get all three babies - which we were told by a vet were about 2 weeks old - healthy and ready to find homes by about 8 weeks old.  Six weeks.  That's it.    Riiiigggghhhtttt.

The first two weeks are a blur - much like that of a brand new mom.  I set an alarm to go off every three hours around the clock for feedings - each time being met with three "starving" little creatures and a cacophony of meowing.  My friends started to question if I had become a cutter since I had bloody scratches all the way to my elbows on both arms.

Then came time to teach them to eat "real" food.  Thankfully my friend Christy had enough sense to tell me to put them into the bathtub for this little lesson... that was the messiest and stinkiest 20 minutes of my life. 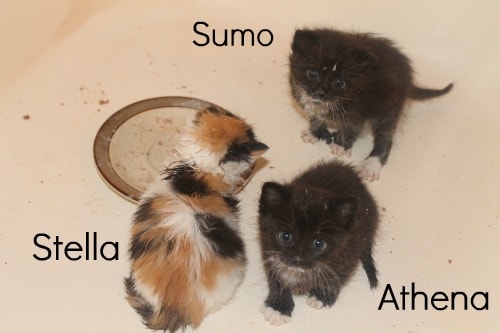 After that ordeal they all needed baths in a big way.  Thankfully they enjoyed the bath... it was the towel dry they were not real fond of. 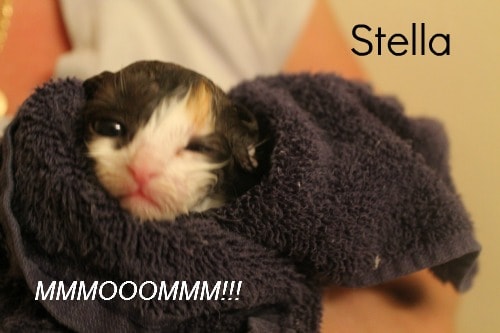 I found prospective homes for both black kitties and was working to get them all litter trained and eating dry kitten food so they would be ready.  I had to make sure I did not get attached since I knew I only had three weeks left with the furbabies.  I even told the girls from Day 1 - do not ask me to keep these... they are GOING to be gone. Right.

So we played a lot.

And ate a lot. 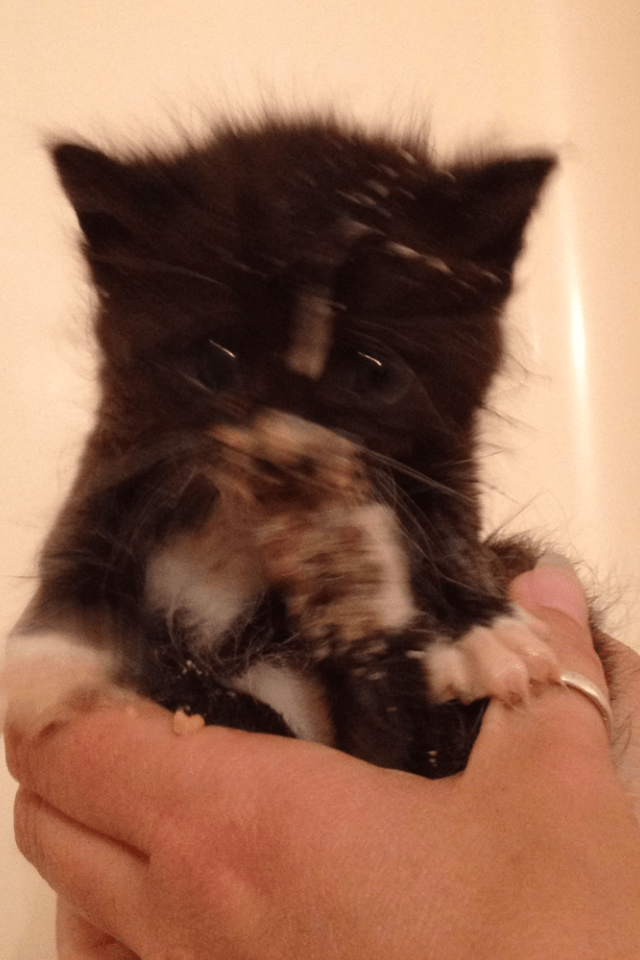 We worked on the computer a lot.

We read bedtime stories a lot. 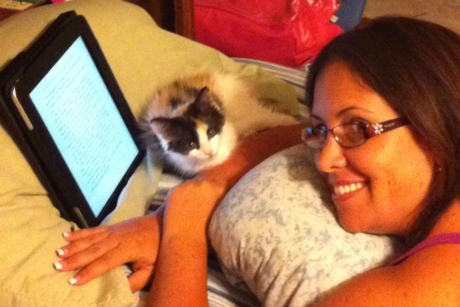 We watched TV a lot. 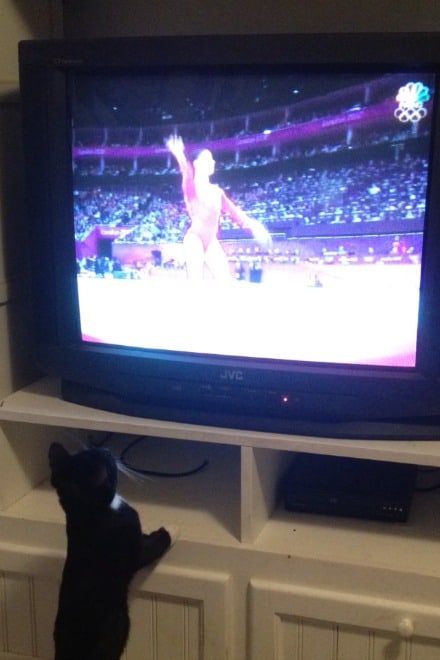 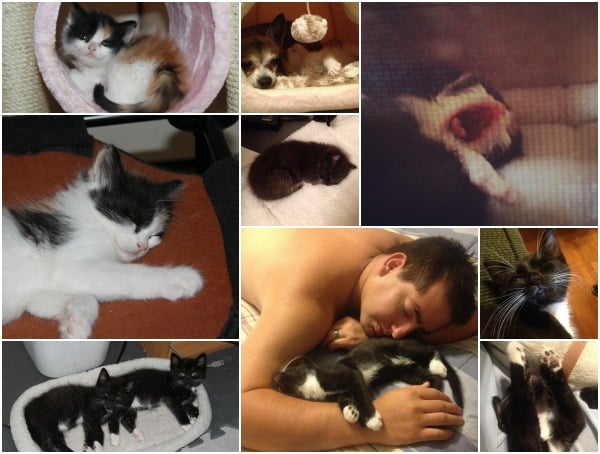 And we decided we like our little family - all NINE of us.

So now, four months later, we have become a family - from three little orphaned kittens to beautiful healthy "teenage" cats. 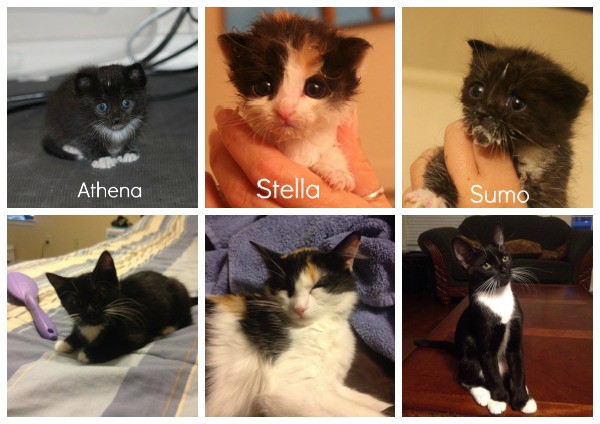