Because my summer is going to be a bit cut short this year, we decided last minute to spend a weekend at the Cabin before I headed to Texas.   My Mother In Law has been begging us to go for no less than a year, but in my crazy workaholic-ness I was never able to find the time that I could spend 72 hours away from technology.  I know.  Shame on me.

We headed up Friday evening and went through the absolute worst storm I have ever driven in.  We caravanned up in three cars – I had The Toddler with me and was following my Mother In Law with Mike and The Tween behind me.  Since both my Mother In Law and Mike have nice big trucks, the storm was much easier on them that on us in my tiny little car.  For the first time ever I missed my Explorer.   We stopped twice to take cover from the hail under gas station pumps – it was crazy.

We finally arrived about 9pm and the moment I got out of the car I felt just a rush of calmness. After such a crazy 3 hour drive, getting out of the car to the sounds of the river flowing, crickets chirping, and fireflies buzzing all around was absolutely surreal. I quickly found my “perch” in one of the big lazy swings on the deck, and only left it to sleep or swim.  We sat on the porch till midnight just enjoying our time away, listening to the storm off in the distance.  It was paradise. 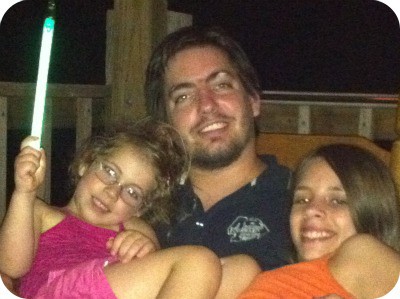 The next morning we got up early to pick veggies before the day got too hot.  We began in the Garden right there at the cabin before heading out to The Big Event – Charlie's U-Pik. It was kind of like Spring Training for what was to come.  I was incredibly impressed at the veggies growing right there in the yard.  It encouraged me a lot about all of my little seedlings here at home. 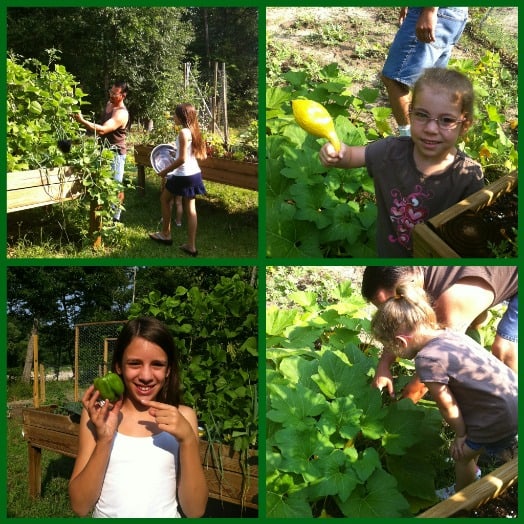 We loaded up the cars to head to Charlie's U-Pik… totally unaware at just how AWESOME this place was going to be.  It is located near Lucedale Mississippi (Leeksville maybe!?) and sports nearly ONE HUNDRED ACRES of vegetables for you to pick at will.  Everything from Roma Tomatoes to Speckled Butter Beans to Eggplant to Cucumbers – everything you can imagine is right here.

The way Charlie's works is simple – you load up 5 gallon buckets as full as you can get them, and each bucket costs you…. Nine.  Dollars. I was FLOORED.   I have complained for months that Eating Clean is so freaking expensive, and when are they going to start giving coupons for vegetables, and no wonder Americans are so fat – it costs a fortune to eat healthy…. well, unless you go pick it yourself apparently. 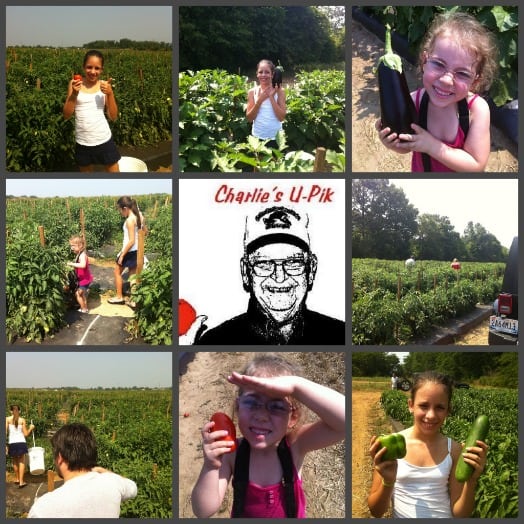 The veggies are HUGE, and absolutely delish!  Check out Mike's zucchini… I mean… WOW…. 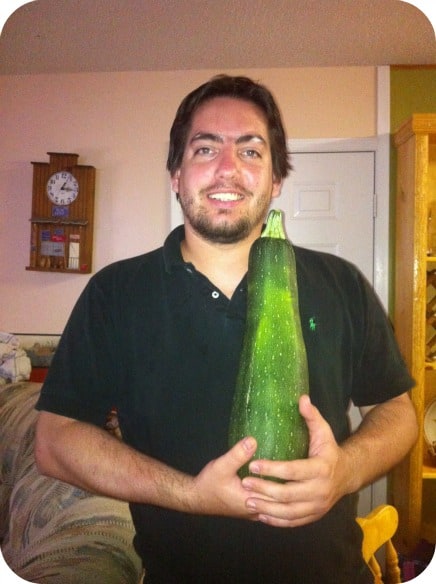 After leaving Charlie's U-Pik we headed home and cooked up some lunch, exhausted but proud of ourselves and all of the veggies we had rounded up.  We carried them into the Cabin and before we even began cooking the whole place smelled like Vegetable Soup.  It was awesome.

After lunch we headed down to the River.  We blew up some awesome floats to play with, and though I did not take my camera for fear of IT going swimming as well, I have to say I have not been THAT relaxed in a VERY long time.  We all sat on the sandbar chatting for hours.  It was an absolutely perfect Saturday afternoon. 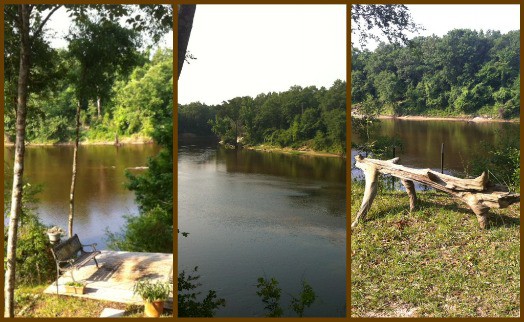 After going back to the cabin to get cleaned up, we cooked yet again (hey, it's vacation, you are supposed to eat constantly, right!?) And watched the fireflies off the deck.  After a huge meal we headed down to the Firepit… cause I mean, what is a Cabin vacation without S'mores?

I am proud to say that I did not eat one single S'more! (I have a consistency issue and marshmallows just make my stomach turn… especially hot ones… yuck) But I didn't even eat the chocolate!  (THAT is a feat!) My job was loading up the skewers with marshmallows and making sure The Toddler stayed a Mommys-safe distance away from the fire.

We all went to bed early with full tummies and happy hearts.  It was a much needed time to relax, recharge, and reconnect as a family.   The next day I was set to head to Texas and I left in a tearful goodbye around noon.  Thankfully I only got a few hours down the road before discovering that plans needed to change, and I could postpone my trip.  I happily turned the car around and surprised the girls by pulling back into the driveway after only being gone a few hours. We spent the rest of the day just enjoying being together without any connection to the World outside of the Cabin.

It was an amazing trip and I am so glad we went.  With my surgery in just a few days, I am excited we got to cram in a little mini family vacation before I am down for the count for a few weeks.  It was also nice the way it all worked out with my Texas trip, and I have enjoyed being home with my family this week as well.  In fact, Mike and I enjoyed the Cabin SO much… we are heading back on Friday.  🙂

0shares
« The Toddler Gets Glasses
The “Girlfriend Code” Loses Again »