When I was in high school I worked at the local grocery store with my friend Emmilee. Since we went to school together AND worked together we were pretty much inseparable. She met this guy named Keith who was in the Marine Corps that she really liked - so she did what any best friend would do... "Hey Lynsey...you know Keith has this friend Rob that I think you would really like..."  A few phone calls later and my blind date was set. Neither of us had ever been on a blind date before and you never hear anything good coming from them but whatever - this was happening. Rob and I decided to meet for lunch at the little diner next to the grocery store.

We met up and had lunch... and it was nice... but... something just didn't "click." Even as we were leaving we did the whole "ok, well it was nice to meet you - see you around" kind of thing. When I walked back in to the grocery store and saw Emmilee, she beamed "Sooooo how was it!?" and I just shrugged and said "meh, it was ok, I just dont think we are each other's type."

But Emmilee wasnt satisfied with that so the whole rest of the shift she pestered me - knowing that she and I being best friends and Rob and Keith being best friends - we were all going to be around each other a whole lot. So later that week Rob and I met up again - and before long it was the two of US who were inseparable. 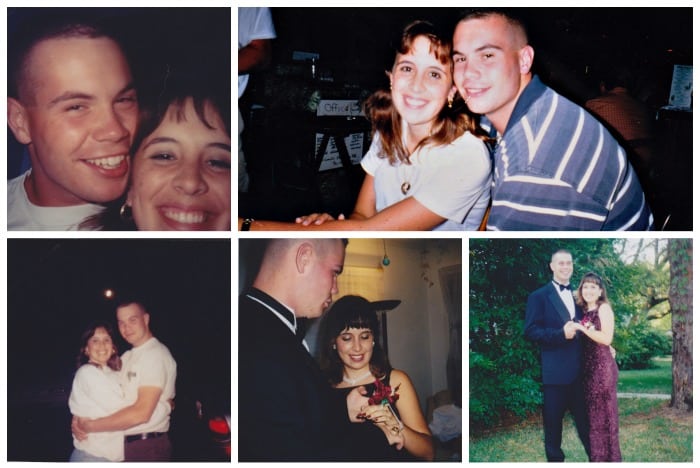 One of the saddest days of my life was the day Rob boarded a plane for California - his next duty station. We had known all along that that day was going to happen - but we had fallen in love anyway. I sat at the Pensacola airport for more than two hours after his plane took off - just staring out the window not saying a word.  I knew it was best and I knew our lives were taking separate paths, but even as I sit here nearly 20 years later it still brings tears to my eyes remembering that day.

So what does this have to do with CrossFit?

Yesterday my friend Amy challenged me to go to CrossFit for the first time ever. I have always thought the idea would be "cool" - but wasn't sure I was actually up for the brutality that is CrossFit. However for some reason Amy makes my insanely competitive side come out and so I went and worked out. 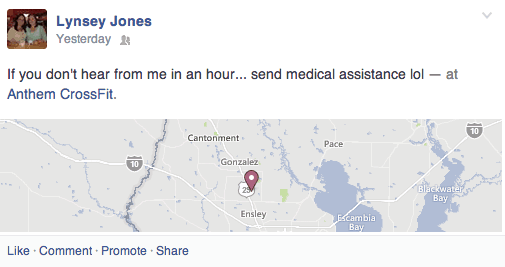 This update started a long thread of people talking about CrossFit - the good and the bad - all while I was trying not to throw up or die. Seriously. When I updated that I had survived, of course everyone wanted to know what I thought.

The guys were nice, the workout was great but... something just didn't "click." I walked out of there with every intention of never going back. Why wasn't it my thing? Why didnt it click?

The whole rest of the day I thought about the workouts, read up on CrossFit, and enjoyed feeling my body get sore. It has been months since I have felt that good soreness you get from working out. I kept trying to figure out what I really didnt like about it - or if I just formed an opinion too soon... since clearly I have done that before. For some reason I kept thinking about Rob, and how the first time we met we really didn't "like" each other either - but now I look back on some of the best memories of that time in my life, and Rob is in every one of them.

My friends nagged me the rest of the day - egging me on to give it another shot. So I did. Today I went for Day Two of the On Ramp (intro to CrossFit) ... and I fell in love.

I do not know how long I will do CrossFit - if this is going to be my "new thing" or what. But for now I am letting myself love it. Is it hard? God yes. Is it brutal? Not as bad as I thought it would be. Do you need to be in shape? Nope, it's gonna take care of that for you. Do you have to love it after the very first day? No.

Just give it a second chance.

Update: Ohmygosh - because everyone is asking.... yes Rob and I are still friends - we keep in touch on Facebook and he is happily married and living up North.  I warned him that this post was coming and we got some good laughs out of how young we look in the pictures. 🙂