My recent addiction to the Baby Cakes Cake Pop Maker got me wondering if the other machines from Baby Cakes were just as fabulous.  So I skipped down to Kohl's to pick up a Baby Cakes Donut Maker (and noticed they were OUT of Cake Pop Makers... good thing I bought extras) and decided to use the recipes that are included with the kit.

I went to the grocery store to pick up the needed ingredients... which I am sad to say was EVERYTHING.... even flour. stop laughing. 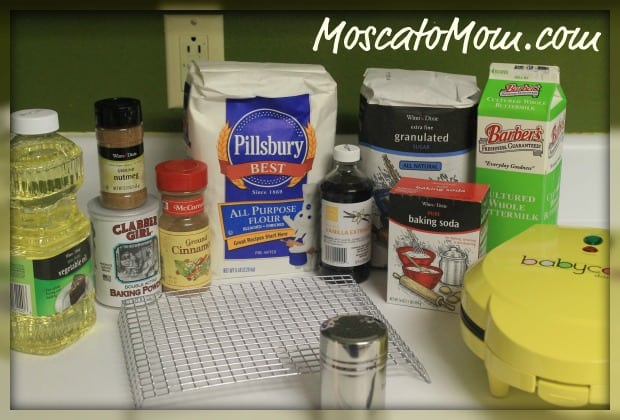 I chose to try out the Spice Donuts from their recipe book, as I love the original "cake" donuts, and this was the closest I could find to that. I also got cinnamon and sugar to sprinkle on the outside.. just the way I remember them.

The recipe was easy... except that I am not sure I have EVER used that many ingredients in one meal.... ever.

Then came the hard part... pouring the batter into the circles without making a total mess.  Now, it says you can put the batter into a Ziplock bag and cut the tip off  - which is what I tried - and well... my advice is to get a pastry bag.  We all know I am not very skilled in the culinary department, but I managed to burn myself pretty good trying to negotiate that Ziplock in circles to fill the reservoirs of the Baby Cakes Donut Maker... this made me miss my Cake Pop Maker. 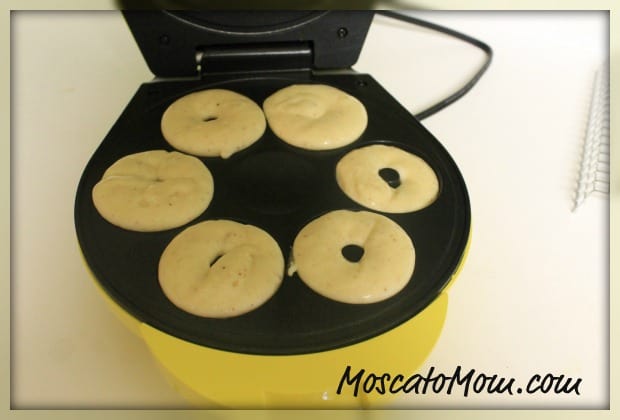 After a few choice words I did manage to get the batter in the circles, with obvious overfill, but my house started smelling so fantastic I almost forgot about needing to ice my hand.  (I should have taken a picture of it, but just imagine me pressing my right hand up against the top of the maker... yeah, sizzle)

The Baby Cakes Donut Maker makes the same little "space ships" with the overfill as the Cake Pop Maker does, and it easily breaks off when cooled. 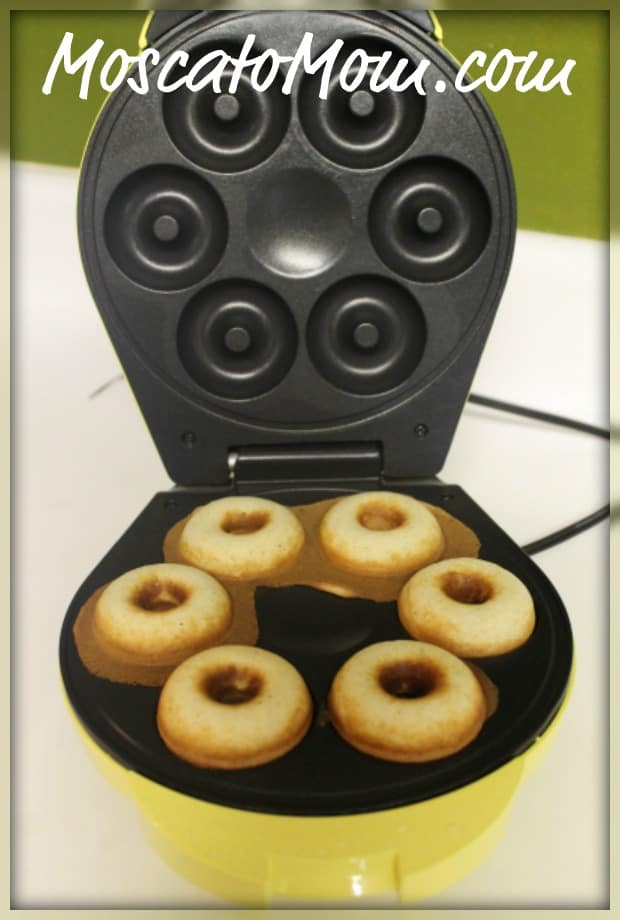 We used the little pitch fork thingie to put the baby donuts on the grate that they provide in the kit - I was VERY happy to have that, as these little guys were HOT!  I immediately sprinkled cinnamon sugar on them, and read later that the better way to do it is to put the cinnamon sugar in a Ziplock and "shake" the donuts in the mixture to coat.  I admit, that probably would have worked much better. 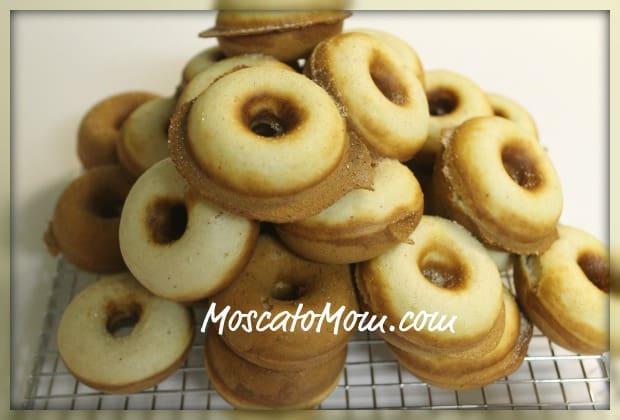 The donuts TASTED terrific, and I loved that they are baked, and not fried - saving some calories... and of course meaning you do not have to feel quite as guilty for eating twice as many as you should. 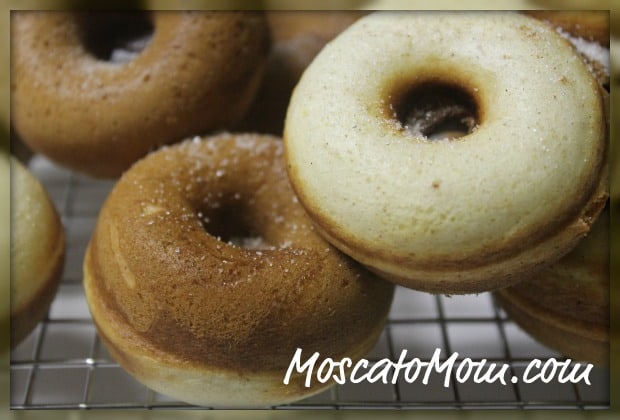 The Baby Cakes Donut Maker does exactly what it claims - cooks delicious little donuts in under five minutes - and even with my burn, I would still highly recommend this to anyone wanting to make healthier donuts for your friends and family.  However nothing... nothing... will ever replace the Baby Cakes Cake Pop Maker in my heart.  🙂

Disclaimer: I did not receive any compensation for this post... I am just THAT addicted... someone please call Dr. Drew.