Number ten.  To be honest I was not sure I would make it this far.  When I set this BOLD Goal - on a total whim when I was put on the spot during a live Conference Call with my Divas - I just KNEW I would make it.  Then I did that first run and nearly froze to death while secretly thinking of what excuse I could use to skip out on the rest of the year... but then I did the second.. and third... and well, here I am at ten.  In case you want to read up on all of them - the good, the bad, and the muddy -

When Cayce and I registered for the Jingle Bell 5k the weather showed it was going to be 75* and breezy... however as the weekend approached the temperatures dropped, and a wind out of the North decided to show up late to the party. The morning of the run it was a crisp 46* and wind that nearly knocked you down.  In fact a few times I nearly changed lanes because of the wind on the bridge heading to the beach.  This was going to be fun.

The Jingle Bell 5k was a themed race - meaning everyone was supposed to come in costume.  Now, I know most of you roll your eyes about 46* being "freezing" - but it seemed only fitting that we go as... well... snowflakes.  A few Target dollar bin raids and some sparkly eyeliner for snowflakes, and voila! 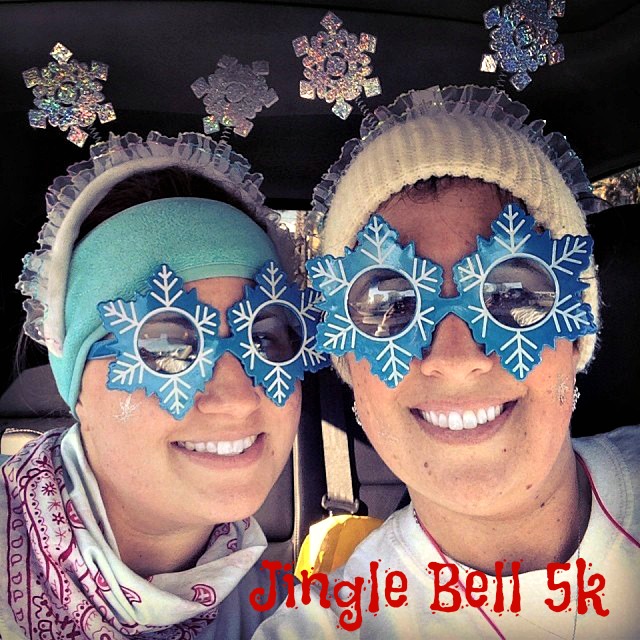 The race began on time but we were both so cold we agreed on two things - one, the end of the line of runners was perfectly fine, and two - we were walking it... the whole thing.  When it is that cold and that windy, we did not care about time.  The course went right along the beach - which would have been beautiful at 75*... at 46* the waves just kinda mock you. 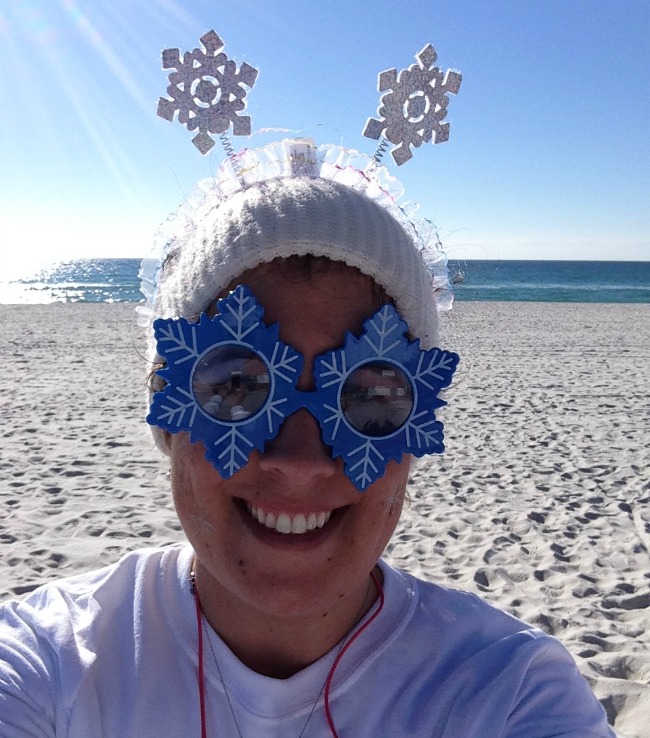 Nearly an hour later we finished, and after taking our honorary "after pic" we bolted to the car to warm up in the heated seats, coaxing the blood to come back in to our fingers and toes.  It had not warmed up a bit since we began - though the Weather Channel App said it would... we vowed never to trust that thing again. Thank goodness we both had three layers of clothing on. 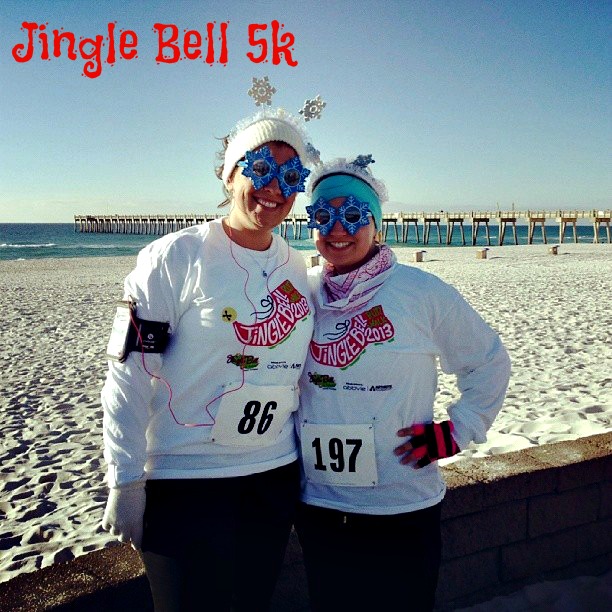