I don't recommend anyone do that... ever.

The last two runs were the Blizzard on the Beach 5k and the USO Runway 5k.  Cayce did both of them with me - her boyfriend joining in as well. Even Mike joined in for the second one so we could all celebrate the completion of all 12 together. 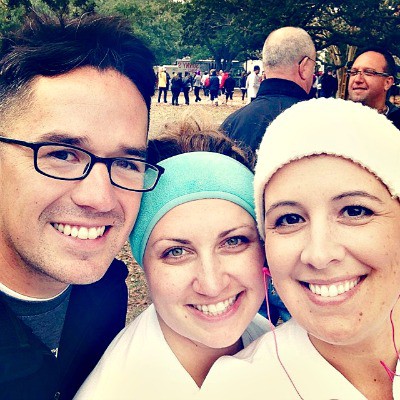 The Blizzard on the Beach - which was actually done downtown and no where near a "beach" - was... well... a disappointment.  Not only was it brutal cold, but the wind was blowing at what felt like 100 miles an hour. Also the "blizzard" turned out to be small bubble foam blowers randomly stationed throughout the course. This however turned out to be a very good thing - I am not sure anyone would have appreciated being wet in that weather. As it was, we cursed most of the way - half freezing to death.

After the run however they had trucked in hundreds of pounds of ice to make "snow" for the kids to play in.  We stood and watched the total chaos of giggles and airborne snowballs flying through the air for a few minutes before heading off to breakfast... and to thaw out.

After eating and warming up we had just a few hours until it was time to head back out for the USO Runway 5k.  I took Cayce and Arturo home and went home to wait for Mike... wondering why in the world I chose to do two 5ks in one day. Not only were my shin splints screaming, but the forecast was calling not only for the temps to drop more... but rain to come in as well.

But I was only 3.1 miles away from my goal. 3.1 miles from 100% completing my goal. A goal I have worked on all year long. A goal that everyone told me I was crazy to attempt.  A goal that on numerous occasions I had tried to come up with valid excuses to let myself off the hook for.

So at 3pm we left for the airport. The temps had dropped, and it was drizzling rain. The wind had also picked up. We knew this was going to be brutal. 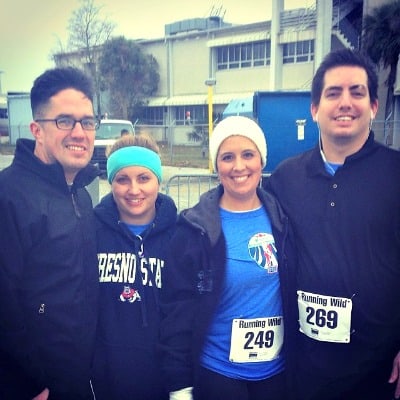 We got to the airport and parked in the Economy Lot which they had reserved for all of the runners.  This was great (and free) except that it was literally like a half of a mile from where the race would take place.  So just getting there and back was a hike. Ugh. I did mention we had already done one 5k that morning right? And it was cold. And raining. And getting dark.

I lined up at the very back of the race. The last one. I didn't care.  Today was about completion - not glory. When the shot went off to start the race ... I walked. And walked.  And walked.  In fact, not one time did I break in to even a jog.

I began last, but I did not finish last.  There were actually quite a few people that I had passed along the way.  The runway was actually a really cool place to run/walk - every few minutes the roar of another huge plane taking off at the adjacent runway was pretty amazing. Mike stayed with me the entire time - sometimes talking - sometimes walking in silence as I reflected back on the 11 other runs I had completed that year. The good, the bad, and the muddy. Through 12 5ks I had battled shin splints, near heat stroke, a stomach virus, rashes, chafing, blisters... but that was all about to come to an end. Just 3.1 miles around a runway.

One of the things I love about all of these runs is how no matter how long it has taken you - there is always such a wonderful cheering squad waiting for you at the finish line. When I crossed over that finish line everyone just saw someone who had finished WALKING 3.1 miles... but for me it was so much more than that.

For me it was the completion of 37.2 miles. Twelve 5ks. A BOLD Goal I had set and achieved. Were they all pretty? No, not by a long shot.  Did I even get any faster between Run #1 and Run #12? Nope. I think slower in fact. Did I care? Not.One.Bit. 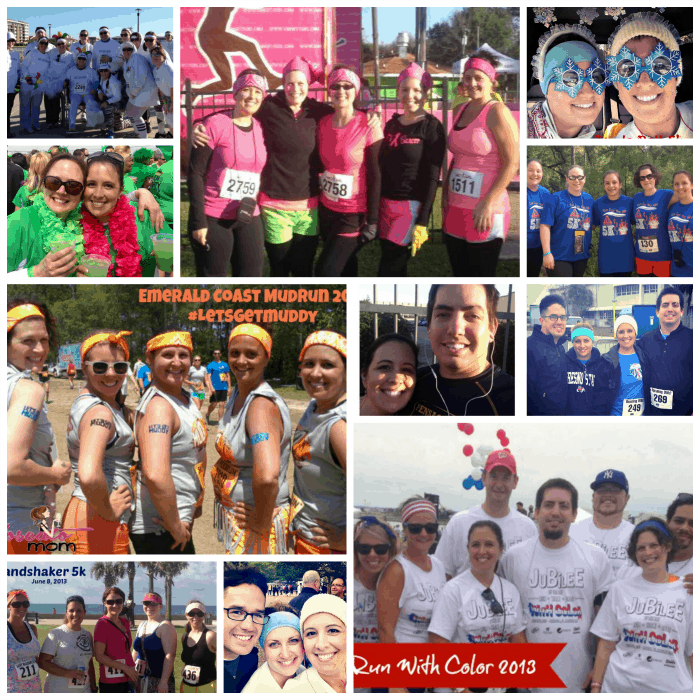