I love cooking in my Crockpot.  Especially during the cooler months, it makes life so much easier to throw a couple ingredients into the Crockpot and let it roll.  The best part about Crockpot Cooking - the best ingredients are usually stuff you have on hand.

This week has been particularly trying, so when I was staring into the refrigerator this morning - with zero desire to be creative - I saw that I had thawed chicken breasts and cream cheese.  In the pantry - pasta, cream of chicken, and an Italian dressing seasoning packet. 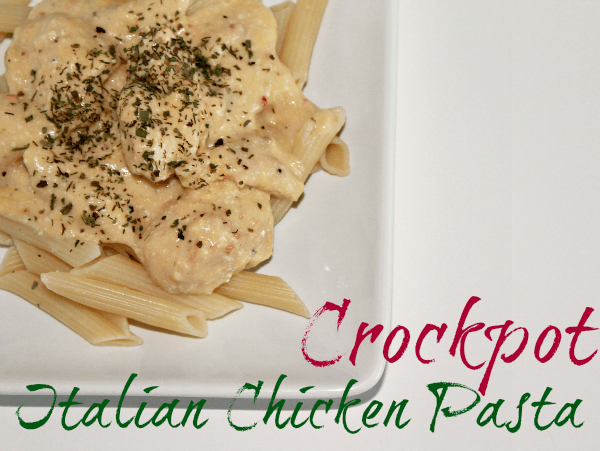 Make sure your chicken is well trimmed and cut into bite size cubes.  Cube softened cream cheese.  Throw everything except for the pasta into the lined Crockpot and cook on low for about 6 hours - stirring occasionally.  Boil your pasta until desired tenderness.  Since the Teen got her braces on yesterday, I overcooked our pasta a bit to make it as soft as possible for her.

Drain pasta and put into a bowl and cover it with the chicken mixture.  Sprinkle parsley or oregano on top for an extra kick of flavor.  Enjoy!