Day two of the AllegroKidsRule event began with a quick breakfast at 312 Chicago (pronounced 3-1-2  by the locals, not 3-12 the way I walked around saying it) Since we had some time before we were to meet with the other Moms, Sami  and I decided to stroll around the block - just checking out all of the sights.  Starbucks, Dunkin Donuts, a bank, a salon, ... practically everything you could need all in the same city block as the Hotel Allegro.
.
When we met up with the other moms and kids we walked to Millennium Park to have lunch at the Park Grill.  It may possibly be the busiest spot to have lunch - because it is absolutely fabulous.   We dined on everything from nachos to little jalapeno hot dogs, and I had a Caesar salad which was enormous.
.
THEN.... the Scavenger Hunt began!
.
The Hotel Allegro crew gave us a worksheet with a scavenger hunt with five of the best things to do and see with your kids in Chicago.  As soon as we finished lunch we all broke off to explore.  It wasnt long before Sami and I realized that we are severely directionally challenged.... even "The Bean" (aka Cloud Gate) - which beautifully reflects the entire Chicago Skyline wasnt much help... but it sure was cool.
.
Thankfully we found Erin and her daughter at the Fountains, and the four of us buddied up for the rest of the day.  Erin's daughter is almost the exact same age as Midge, who Sami and I both were missing terribly, so it was great for Sami to hangout and bond with her, and before long they were skipping ahead hand in hand while Erin and I chatted about blogging... and tried to figure out where we were - stopping to take pictures all over the place.
. 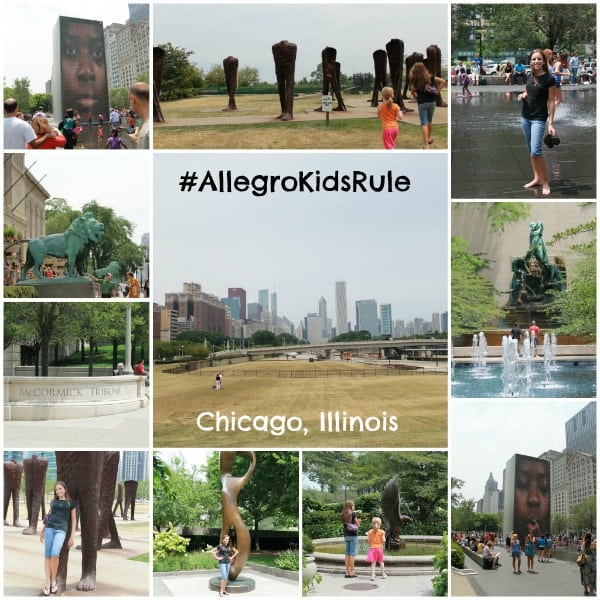 The first stop after the Fountain was the Field Museum where they have "Sue" - the largest complete Tyrannosaurus Rex fossil in the US.  We had misjudged just how far of a walk the museum was from the park, so we were all glad to find a place to sit down, get s snack, and soak up some air conditioning.
.
After an hour or so of relaxing we were off to our next stop - the Willis Tower observation deck - formerly of course the Sears tower.  We got some Italian ice on the way, and realized none of us really wanted to walk another 3 miles (I was already at about 12,000 steps on the FitBit) so after a few moments of laughter with Erin and I trying to figure out whether we should take a bus or a taxi, we finally hailed a cab... right in the middle of the street.  It was hysterical - something I have never done.  A quick ride to Willis Tower and we were ready to mark off another task from our scavenger hunt.
.
When you enter the Willis Tower to go to the observation deck you can watch a video about the building including some history on Chicago.  There are all kinds of cool little nuggets of info on the walls - including a life size picture of Michael Jordan... since Sami is taller than I am, I let her pose for this one. 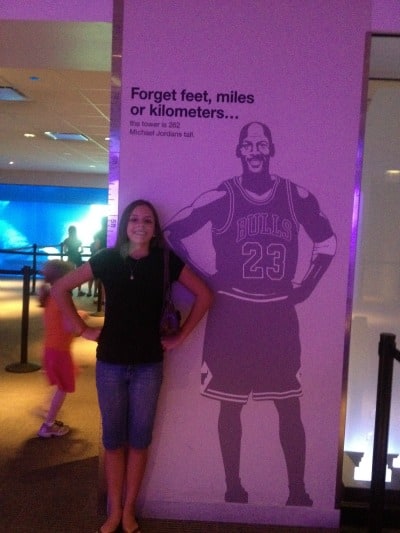 One elevator will take you all the way to the 103rd floor of this massive building - in about one minute.   I am not exactly sure how fast that is, but all of us were laughing about our ears popping on the way up.  As soon as the doors open it hits you JUST how high you are. 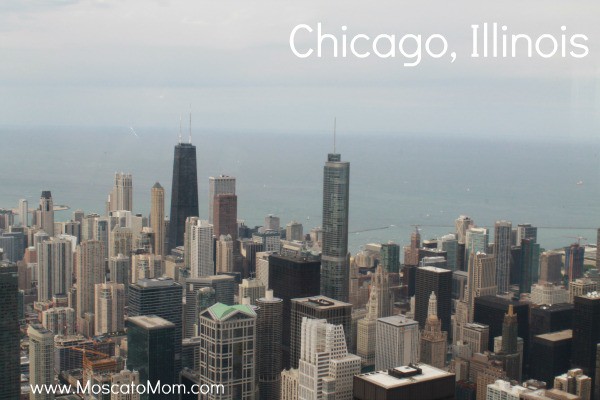 I took some pictures - pretty much standing against the far wall.  Have I mentioned I am deathly afraid of heights? As we wound around the building towards the observation deck, panic started to set in.  Thank goodness Erin was with me - I totally think I would have backed out otherwise.
.
We got to the deck and the girls walked out for us to take pictures.
. 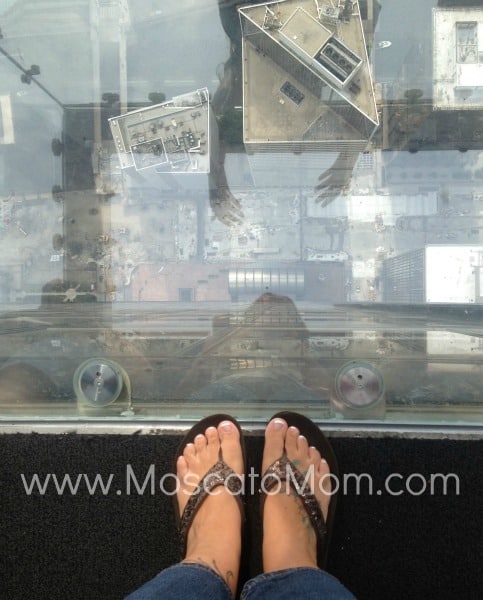 .
Yes, those are my fearless daughter's hands reaching out to help her terrified mother onto the deck... didnt happen.
.
After marking that off our scavenger hunt we headed to go find some Chicago Deep dish pizza and hot dogs.  We were cutting it very close to being late for dinner, but we just HAD to finish the hunt.  Thankfully we found a place to eat right inside the Willis Tower.
. 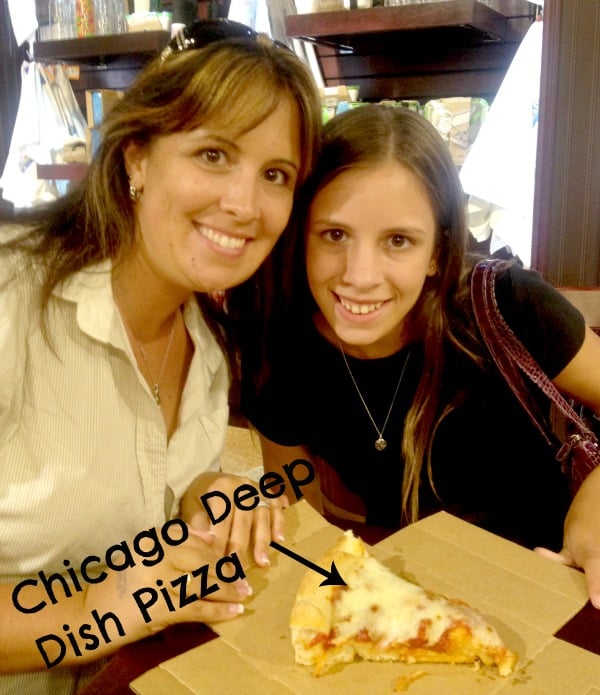 After scarfing down pizza and dogs we headed back to Hotel Allegro for dinner with Chef Luca.   Read all about that on Part 2.
.
Thank you again to Hotel Allegro and to Erin from Mommy on the Spot for being my buddy all over the city of Chicago!!!
1 shares