In the last year or so I have really fallen in love with cooking. (Who would have thought?!)  From finding stuff on Pinterest to concocting stuff that "looks good" I have really found some family favorites that we love.  Even Mike laughs that when he first met me he never imagined I would have an entire cabinet dedicated to my baking goods.

Over this year I have also added many pots and pans and small appliances to my arsenal of kitchen utensils... to the point of overload.  My kitchen cabinets are literally bursting at the seams and getting to one particular pot or pan may very well lead to 15 others crashing down around you.

So while my mother was here I decided to clean out the cabinets to get a bit of organization going in there and try to tame the madness. 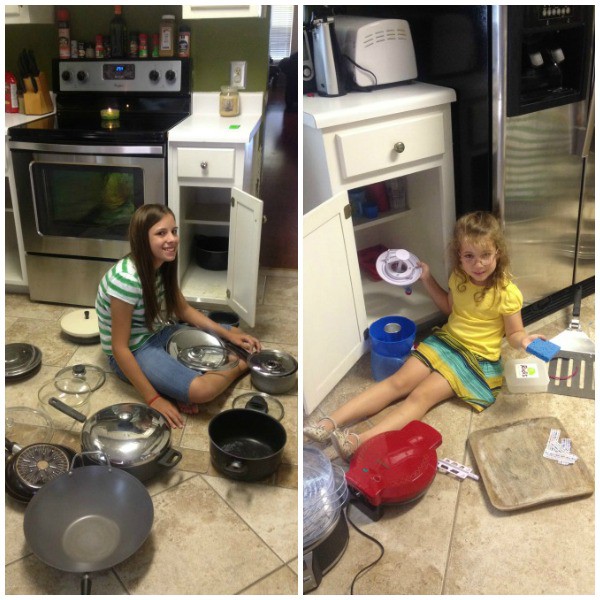 Nearly an hour later we had a final count -

After packaging two large paper bags of dishes I decided to part with, we neatly put everything back in, assigning a "spot" for each thing to keep it organized. I felt good about giving all of my gently loved pots and pans to new friends that moved into town and have enjoyed being able to get to everything in the kitchen without threat of personal injury from falling appliances....

Then my birthday happened and I got a $100 Kohl's giftcard... and immediately began fantasizing about Rachel Ray cookware.

I need an intervention.