This month Nerd Block Jr is running a special contest with their February boxes. This month’s Nerd Block Jr. Block’s will feature an exclusive Imps and Monsters item in it! This item will be needed in order to enter a contest that will be revealed shortly after the February Blocks ship out. Make sure you are subscribed to February’s Nerd Block Jr Blocks for your chance to get in on a special Imps and Monsters contest! You need the exclusive item in order to enter! Subscribe now and receive 10% off using promo code ‘IMPS'! http://bit.ly/16nTwSH 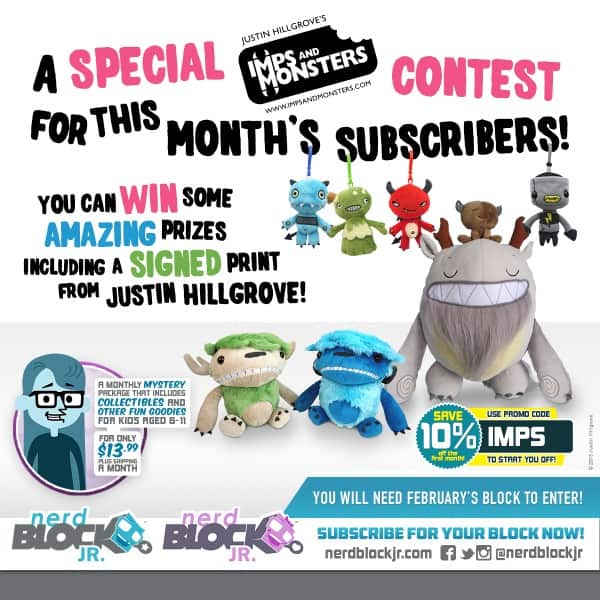 I can't wait to share Midge's Nerd Block Jr with you later this month!