I realized today as I was planning my eighth 5k of 2013 that I have not blogged the last few runs!  This Summer has been incredibly busy with a ton of traveling - both for business and pleasure - and I have a list a mile long of things I plan to blog about... eventually.  For now, I wanted to get caught up on my runs - my BOLD Goal for 2013. So far I have completed:

The Jubilee Run With Color was held on June 29th 2013 in downtown Pensacola. Unlike the run in January, this run had a much different course - taking us from the Maritime Park, down Bayfront Drive and around the Veterans Memorial and back. There were three color stations again - red, yellow, and blue - all sponsored by different local radio stations.

Our little "Running Club" has grown from just the handful we had in January, and this pic was taken even before everyone arrived. Notice that it is fuzzy?  And the lighting isnt real great?  Well, the weather man assured us the rain would hold off until late in the afternoon - so we were thankful for the clouds... that would keep us from getting too hot... right?!? 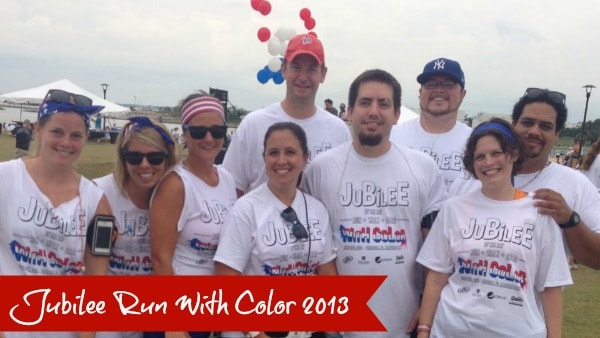 The run was great... for the first half.  Our "Color" Run turned into a "Thunder" Run which quickly became a "Monsoon" Run.  We were right about the 2 mile marker when the bottom absolutely fell out of the sky - soaking everything.... except our spirit.  Close to two thousand people finished the run, and about half of that stayed to party in the rain.  It was cold... it was wet... it was a BLAST. 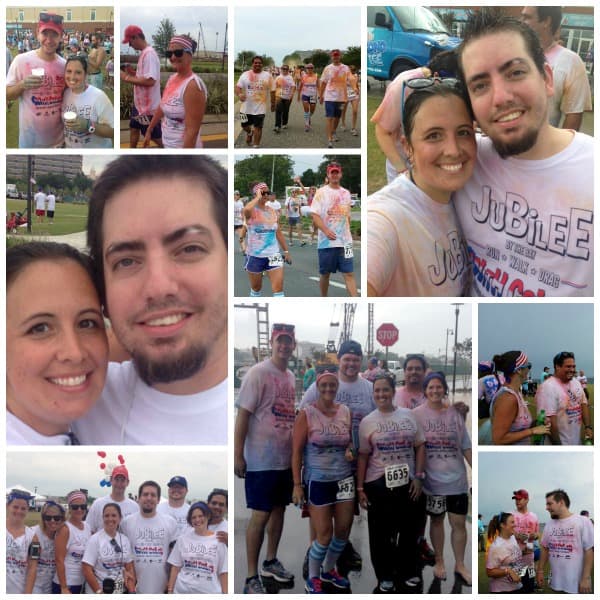 We all looked like dirty drowned rats as we partied away on the grounds of the Maritime Park.  I do not know how long we stayed, but it was the most fun I have had at a 5k after party so far this year... and it wasn't just because of the color tinged beer.  The rain - and knowing we all looked absolutely terrible - made for uninhibited fun dancing around, playing in puddles, and turning the hills into adult water slides. 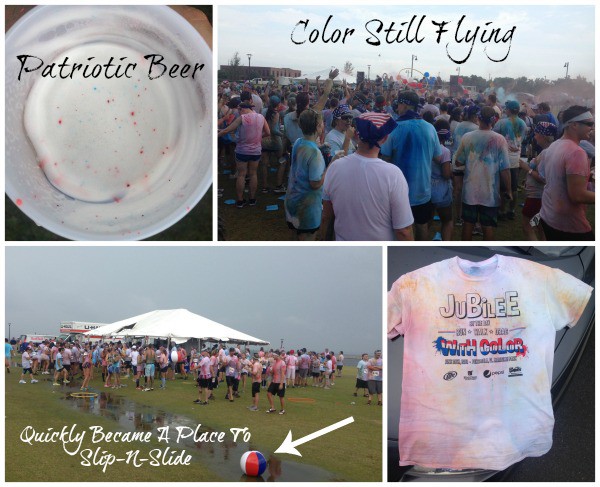 It was a blast and a GREAT way to celebrate my half way mark on competing twelve 5k races in 2013!