As I told you in this post earlier this week, Mike and I are participating in the 7 Days of Sex Challenge mirrored after the new show - 7 Days of Sex on Lifetime.  It has already been... ummm.... interesting.

Well, because I promised to be truthful I will tell you - Day 1 was a huge fail.  Like big.   I wasn't sure if I was even going to blog this part, but when I watched the show and saw the other couples having some struggles as well - though not on Day 1 - I decided to just keep it real... Was the fight because of the challenge or the sex?    No... well, not really.  It was a classic breakdown in communication.

Thursdays I spend with my friend Trisha in Mobile.   It is a day I look forward to every week - getting out of the office, getting some mostly uninterrupted Girl Time, going out to lunch, doing some shopping... honestly its like a mini vacay each week.  (Have I mentioned how fantastic it is to own your own business?)  Day 1 of our 7 Days of Sex Challenge fell on Thursday - which was also the Premier of the show.   I still went to Trisha's and Mike had a poker tournament that evening - I figured we could just begin the Challenge that night... except I never mentioned that to Mike. 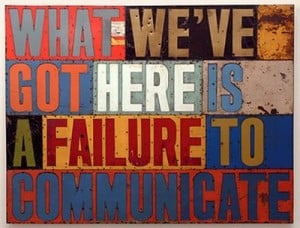 It is virtually impossible to plan anything when there is poker tournament involved  because you never know when it will end - sometimes you can get knocked out in the first few hands, and other times he has won after 6 or 7 HOURS of play.   So when I left Trisha's Thursday evening I thought I would have plenty of time to get home, get relaxed, and "set things up" for our evening - using the goodies from our Survival Kit  long before Mike ever got home. However, I was about half way to the house when Mike called to say he had finished early (uhoh) and did I have plans for the rest of the evening.

Now, let me stop right here and say this is where I should have - sweetly - mentioned that my plans were to include a bubble bath, massage, and some long over due quality time ('cause uhhh... we both probably would have broken some traffic laws to get home for that).... but I didnt want to ruin the surprise or suck the spontaneity out of it by "scheduling" it.   Plus, since I knew I had spoken to him about the 7 Days of Sex Challenge, I thought he might also have some ideas too about how he wanted the night to go.  However when I said I had no set plans, he mentioned playing an online poker tournament if we "weren't going to do anything."

I had spent the entire day excited about a romantic evening, and when I thought that wasnt going to happen, I got really disappointed. He had no idea I would have anything planned - cause let's face it, the last several weeks I have been so consumed by work we have only seen each other by passing in the hallway - so he saw no issue with picking up another tournament that evening. A fight ensued and though we did have dinner together, it wasnt exactly the "perfect romantic night" I had envisioned. 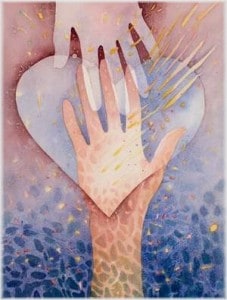 We learned a couple things through the fight, so all in all I think it was a very good thing to have happen.   We agreed that from here on out we were going to say whatever it is we want - from what to eat to what we want from the relationship - and do better with making decisions so we dont fall into the "what do you want to do?" I dont know, what do you want to do?"  "I don't know." - ESPECIALLY when we both full well know there is something we had in mind.  We also have to stop assuming we know what the other person is saying or meaning by what they say, and actually ask to get clarification before flying off the handle.

We are also reinstating Thursday night as "date night" which it has been since Day 1 of our relationship up until about 6 months ago when we both got so busy with work that we began saying things like "is it ok if instead of date night we just go eat and then come back home for blah blah blah?"   The answer now is a great big NO.

If you haven't checked out Lifetime's 7 Days of Sex show, I highly recommend it.  I think that the purpose of the show and the Challenge- to bring couples closer together - is important for anyone in a relationship.   I can honestly say that even though I am still a little "miffed" from our argument, I do feel like it was a necessary fight for us.  We both do not speak up enough about what it is that we want and need from each other, and we often assume or just expect the other person to know and make it happen.  Neither of us have ESP, so we laughed about expecting the other person to "read our mind."

I think that if we both continue talking - and saying what we want - we will be just fine.  I am also looking forward to our Date Nights again - truth be told I have really missed them.

I received a Survival Kit for the purpose of this Challenge.  All opinions and experiences are 100% my own... well, and Mike's too.