Ever since despicable Me came out in 2010, the girls and I have been a bit obsessed with Minions. I admit, even when I went to Universal Orlando one of my favorite rides was Despicable Me: Minion Mayhem. There is just something about these little yellow guys that we can't get enough of. With the new Minions movie coming out on July 10th – just two days before The Teen turns 16 – we have our calendars set to be there opening night.

Evolving from single-celled yellow organisms at the dawn of time, Minions live to serve, but find themselves working for a continual series of unsuccessful masters, from T. Rex to Napoleon. Without a master to grovel for, the Minions fall into a deep depression. But one minion, Kevin, has a plan; accompanied by his pals Stuart and Bob, Kevin sets forth to find a new evil boss for his brethren to follow. Their search leads them to Scarlet Overkill, the world's first-ever super-villainess.

Check out the new trailer released this week:

Also, be sure to check your local stores for the new Limited Edition Minion Tic Tacs in Passion Fruit flavor! (I TOTALLY expected them to be banana!) We are gonna need a case of these… 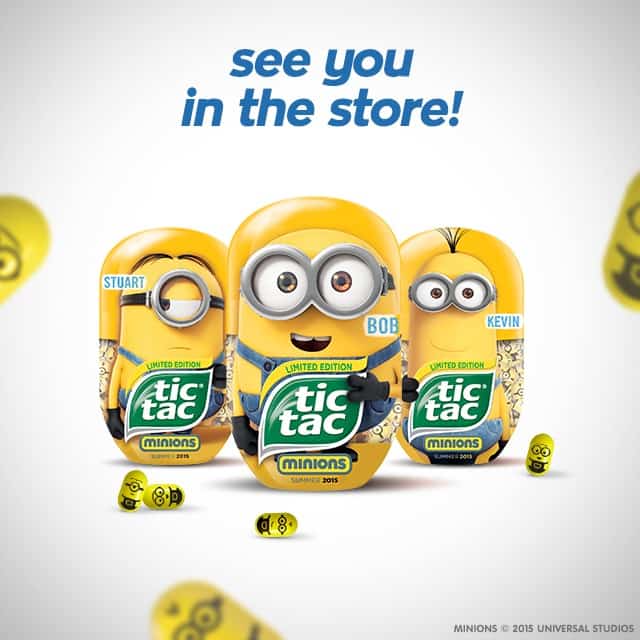