This shop has been compensated by Collective Bias, Inc. and its advertiser. All opinions are mine alone. #BrightMind #CollectiveBias

When we first moved into this house from our condo on the water, our chihuahua Indi immediately took an interest in the zillion or so squirrels we have in the neighborhood. She would spend most of the day perched up on the arm of the couch - watching attentively for anything that dared enter our yard. When they did - and they always did - our normally silent house would erupt in a symphony of barks and howls until the offender retreated back out of the yard... but that was over six years ago. Over the last year or so she has seemed less and less interested in "protecting the house" with her constant notifications, and while I did kind of enjoy the silence, it was a reminder that my baby girl is getting up in age and has lost interest in being the Squirrel Hunter that she once was... or so I thought. 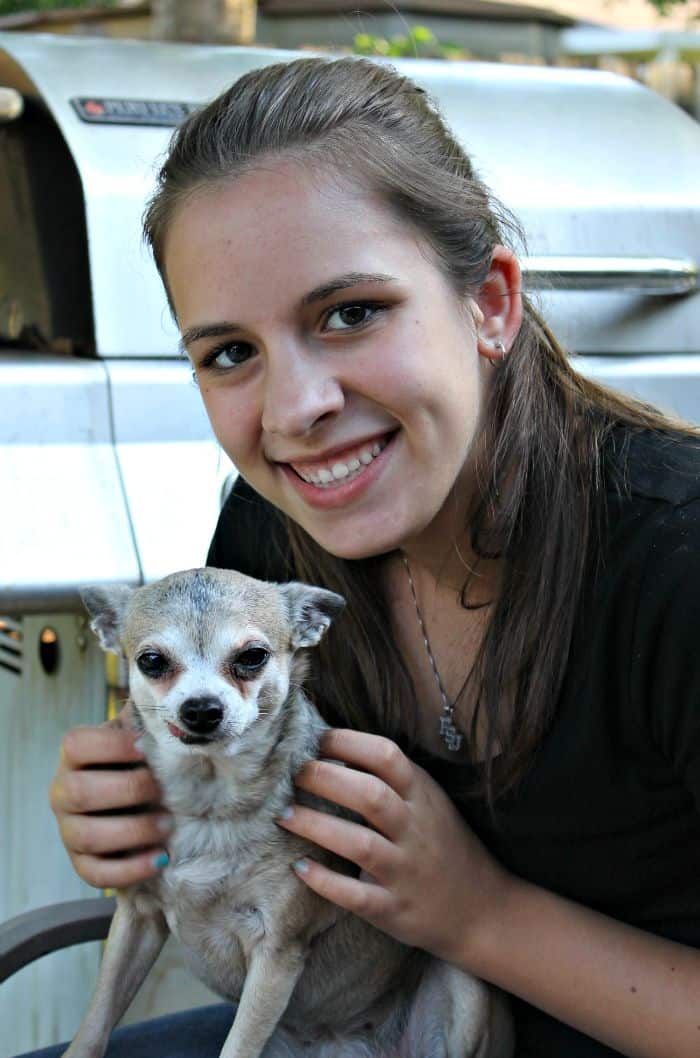 A few weeks ago I introduced you to Purina Pro Plan BRIGHT MIND dog food - a food specifically made for dogs seven years of age and older. Studies have shown that around age seven, dogs glucose levels in their brains start to change - which can affect memory, learning, decision making, and even awareness. Purina Pro Plan discovered a way to promote alertness and mental sharpness in older dogs with their new formula. I was excited to have the opportunity to go to PetSmart to pick up some Purina BRIGHT MIND to try out. I have been slowly transitioning Indi to the Purina Pro Plan BRIGHT MIND and I have been pleasantly surprised at her changes. 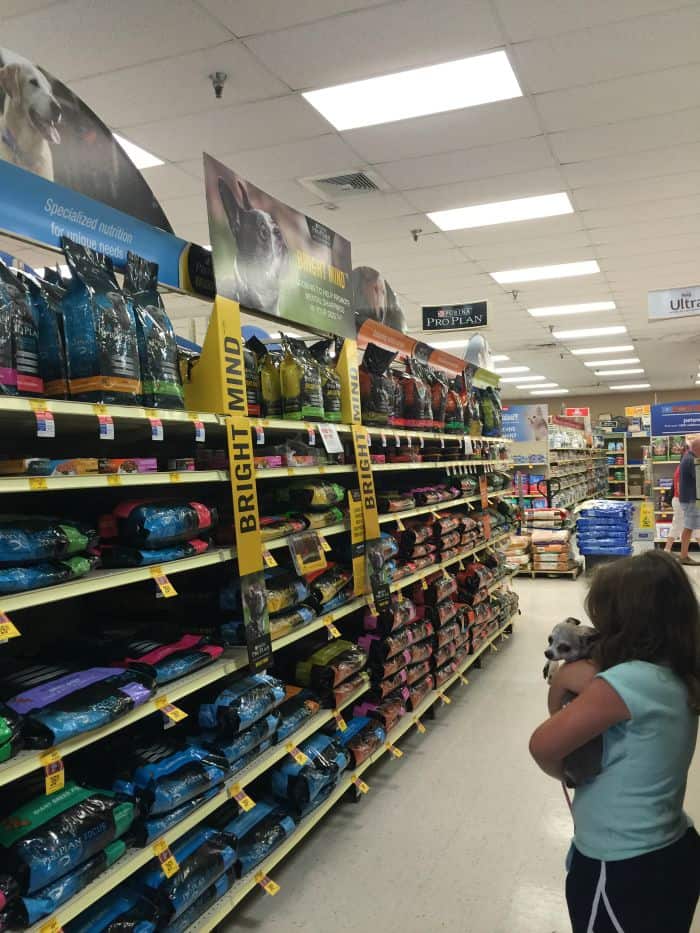 Purina Pro Plan BRIGHT MIND contains enhanced botanical oils which have been shown to promote alertness and mental sharpness in dogs seven and older with visible results within 30 days. Since Indi is used to softer food I have been mixing it up with a bit of her wet food and some water to make her quite the little entree. I have to admit that in the beginning my picky little eater wasn't real thrilled with the change, but I really wanted to see if her mental clarity would improve, so I stayed persistent. It has been about six weeks now, and I am delighted to say... my little Squirrel Hunter is back on the job. 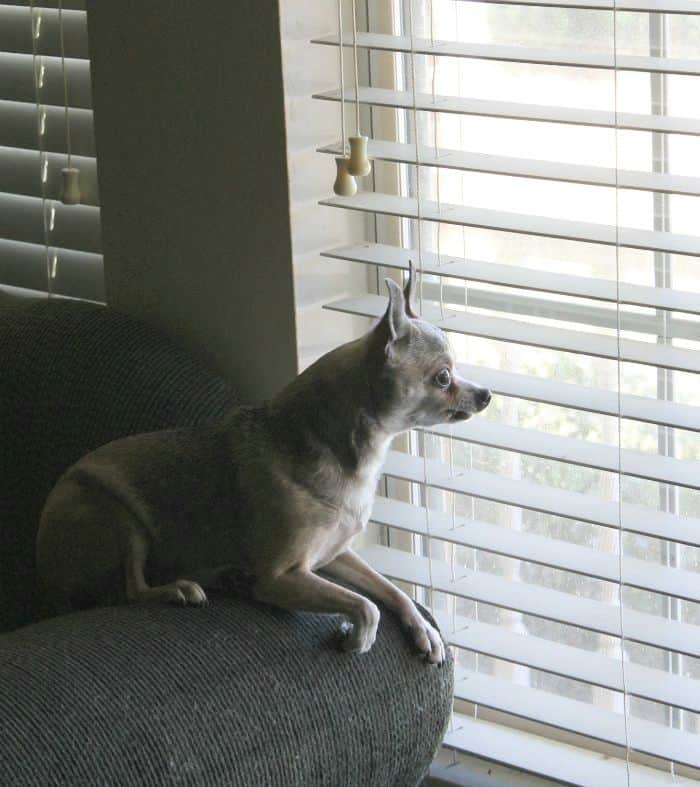 I have been really impressed with the changes I have seen in Indi over the last month and a half since she began eating the Purina Pro Plan BRIGHT MIND dog food. She does seem much more alert and aware of her surroundings. Her recent return to squirrel hunting (or at least notifying) makes me wonder if it was more a case of her not being as aware of the squirrels even being there more so than just a loss of interest.

With approximately 87 million dogs in the U.S. - an estimated 44 percent of them being seven years and older - I am happy to see Purina start offering such a great option for senior dogs. If you have a senior furbaby, head to your local PetSmart to pick up the Purina Pro Plan BRIGHT MIND dog food. If you Spend $10 on any Purina Pro Plan Dry Dog or Cat Food* at PetSmart between 8/31 and 10/4, you can save $10 on your next Purina Pro Plan Dry Food purchase, 14-lb. or more, on or before 11/1. 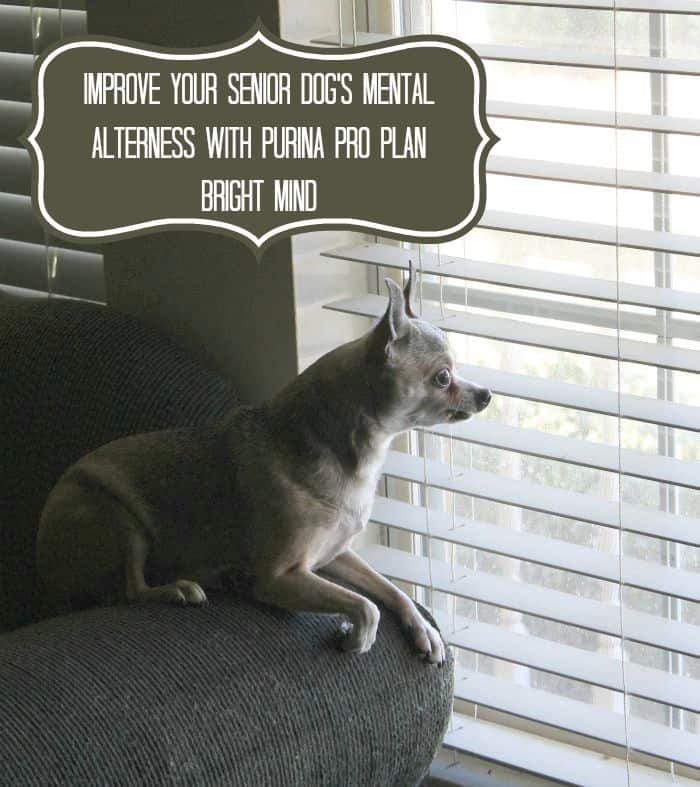 Now if only they could create something that would make her cooperate more with having her picture taken... 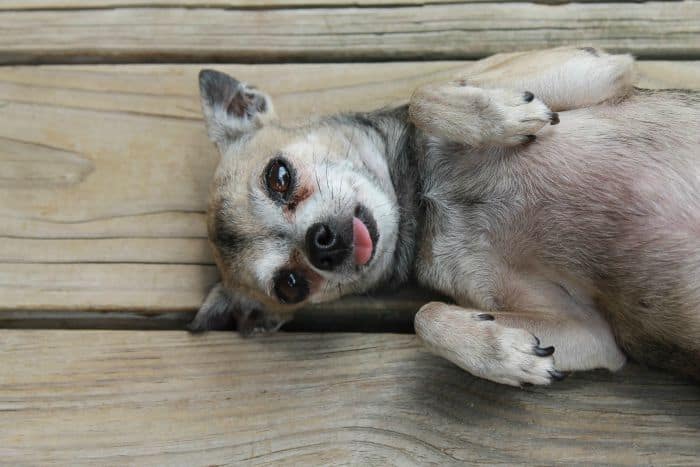 Do you have a "Squirrel Hunter" in your home?