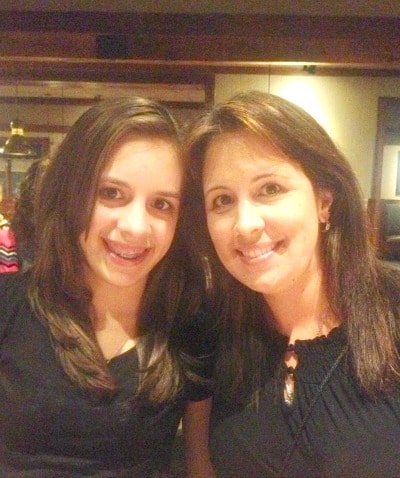 Having a Teenager in the house makes for some pretty hysterical exchanges.   Sami is the light of my life and the air that I breathe – and a constant source of comic relief even on my worst days.   She is a 3.85 student, spent two years in the IB Program before I decided to pull her out, and has already been accepted to the Veterinary Academy for high school.  But some days she says things that make us literally stop and just stare in total disbelief that it actually came out of her mouth.  It happens often enough that I decided to give her her very own spot on MoscatoMom – Sami Says.

I remember my parents saying that when I hit puberty it was like my brain detached from my mouth.  It has just been recently that I have understood exactly what they meant.

Me:      Hey, I recorded the Music Awards for you.  One Direction won an award – I didnt realize they were British.

Me:    Wow, which ones?  Like running or shotput or something?

Sami:    No, Mom, the OLYMPICS. You know, that machine running thing.

Cinco de No No

I am so proud of the young lady my daughter is growing up to be, and love her wittiness and sense of humor…. and even her “flakey moments”  where we thank God that she is BOOK smart, since common sense isnt always 100% evident.

She will grow in to that… right?!?

PS – Sami thinks it is “totally awesome” that I am featuring her on my blog, and even laughs at herself when she realizes what she has just said.   Tonight at dinner she said something, and as the silence hung in the air she said “That was another Sami Says moment, wasn't it?”    Yes baby… that one will be Volume Two.