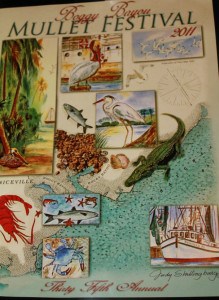 The FISH... not the haircut.

Although there were a lot of those too.

Yesterday Mike and Dad and I headed to Niceville for the 35th Annual Boggy Bayou Mullet Festival.

The Boggy Bayou Mullet Festival is more then your average seafood festival – much, much, more! The annual festival in Niceville, Florida always promises a great time for the entire family with big-name entertainment, the highest quality fine art and home hand-crafts, rides, numerous exhibits, and a staggering array of food concessions.

What began as a one day event to honor the mullet and what it has meant to the community and their forefathers as turned into a three day celebration, pulling in huge names like Trace Adkins, Steel Magnolia, and Jake Owen.

During the festival you can enjoy carnival rides, play games, shop from local vendors, watch clown acts, as well as see local performers from all over Northwest Florida... and of course get your fill of mullet - any way you like it.

Mullet is known in many places as a "trash fish" as it takes on the taste of whatever its surroundings.  In most areas, dirty, muddy or polluted waters render mullet inedible.  Thankfully here in Northwest Florida our waters are clean, making our mullet quite tasty!  Mullet has to be caught in a net, as they feed strictly on vegetation, and can grow to be two feet in length... making for a beautiful fried filet. 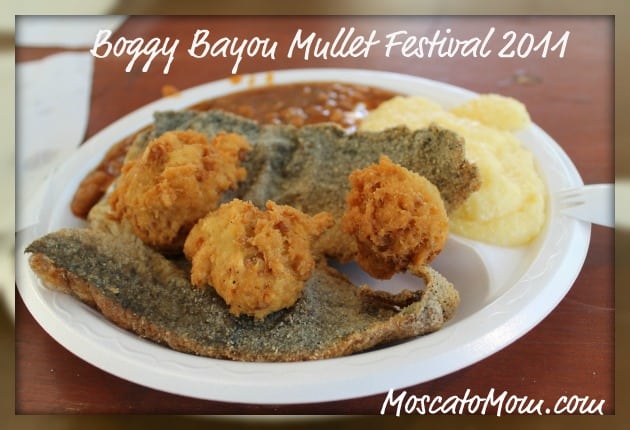 At The Boggy Bayou Mullet Festival you can try this delicacy in many ways - including fried, broiled, smoked, mullet on a stick, or my father's favorite, a Mullet Dog: 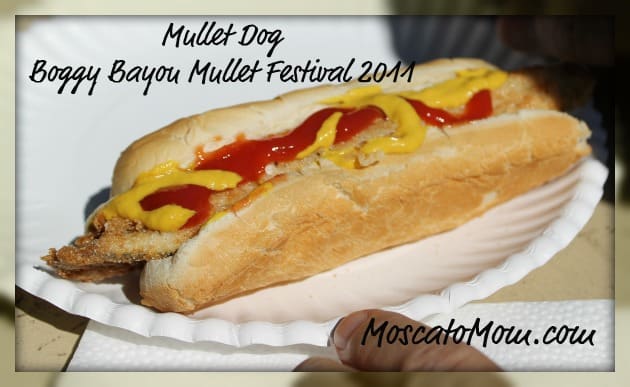 The last time we attended the Boggy Bayou Mullet Festival was in 1992 when a little-known artist by the name of Billy Ray Cyrus had signed up to be one of the entertainers... and then hit it big with Achy Breaky Heart.   Because he was under contract with the Mullet Festival, this enormous star performed in the little town of Niceville (did I mention free!?) to a crowd of thousands.   It was spectacular.

The highlight of the day though was the Fried Oreos.  I have never even heard of Fried Oreos... which is probably a good thing since I am not sure how much will power I would have after tasting these amazing little goodies.   They take plain Oreos, dip them in funnel cake batter, deep fry for 3-4 minutes, and then drizzle with chocolate syrup and sprinkle with powdered sugar.  YES they are amazing.

All in all it was a terrific day, and a perfect way to spend a Saturday with my two favorite guys.  I only wished the girls had been with us to enjoy the fun. We will certainly make sure to arrange for them to be with us next year. 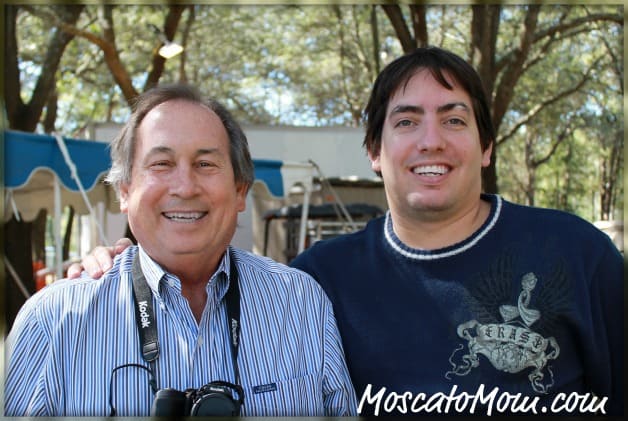