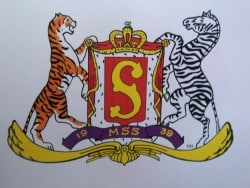 Last week some of my BBBs (Best Blogger Buddies) Trisha and Blondie and I got the honor of attending one of the largest Mardi Gras Balls in the city of Mobile - The  Mystic Stripers.  Trisha's husband Chris is a brand new "Striper" and we flew in Blondie to join us for the event as my "date."

The day began horrific - with me getting soaked to the bone in torrential rain just trying to get to my car.   I was ready for a drink at 7:13am. By the time I got to Mobile however, the skies had cleared and Trisha, Blondie, and I headed off for a day at the salon - complete with pedicures, hair treatments, updo's, and professional makeup.  We literally spent over 7 hours in a salon.  It was kind of crazy.  And totally worth it.

We headed straight for the Hotel as they were already beginning to block the roads for the Mystic Stripers Parade and we had the perfect view of the entire parade from our 15th floor hotel room.  Note to self - if I ever go to a Mardi Gras Parade in Mobile again - I will get a hotel room to watch it from.  It was just as beautiful - but without the chaos and anxiety of screaming crowds and unruly children.

We headed off to the Ball.... but not before a round of photos in the hallway which as usual with the three of us went from calm to silly in about 4.8 seconds. 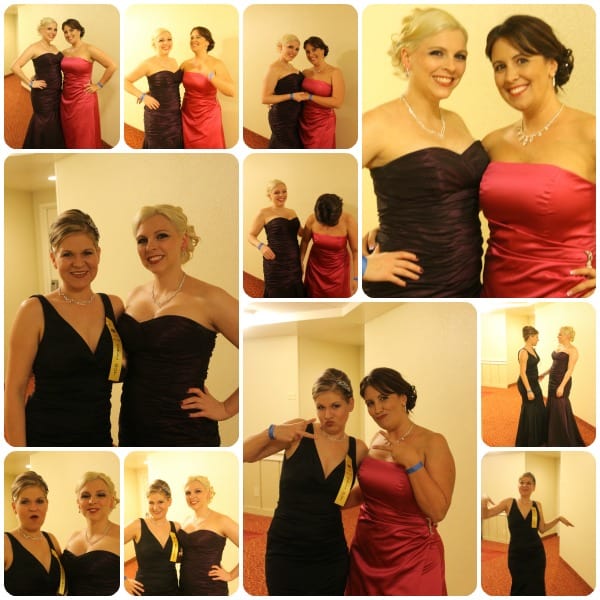 After a quick snack we headed to the Civic Center where the Ball was being held.   You could tell his Krewe spared no expense on the decorating of this place - with enormous statues and tents and chandeliers and a stage fit for... well, the King and Queen.  At the beginning of the Ball the King and Queen came in and took their places on the throne, and shortly after, all of the Stripers were announced and came out on stage dancing to "entertain" the Queen... however I have to say, these guys entertained us all.  If you have never seen a grown man in a mask do a running-belly-flop-slide across a dance floor.... add it to your Bucket List.

After the introductions, the King and Queen opened the Ball, and the rest of us got to celebrate and dance the night away while dining on all kinds of Southern Faire... and an open bar.   Yeah, let that sink in for a second.  Unfortunately I got the call about Rollie during the call outs, so I was understandably distracted for most of the evening, worried as much about Mike as the dog, but Mike assured me it was ok to stay and enjoy the time with my friends.   I told y'all Mike is a Prince.

We stayed until after 2am (way past my bedtime)  dancing, drinking, and dining - with literally thousands of other women in full length gowns and men in white tie tuxedos.  It was like a grown up Prom.   We headed back to the hotel -barefoot - and thought we were going to call it a night... till I needed a toothbrush and Blondie needed cookies.  So in our pajamas with hair and makeup still done we went down stairs to the hotel store for toothbrushes, pizza, cookies and Dr Pepper... true post party food.

Before I could even lie down I wanted to take down my beautiful hair that I had threatened the life of my hairdresser over, telling him that if it fell during the Ball that I was going to hunt him down and hurt him badly.  Twenty minutes and seventy-four bobbie pins later... I think he had taken me seriously. 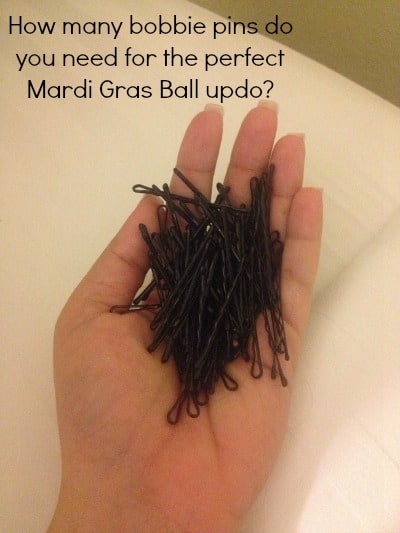 It was a terrific night that I hope the three of us get to make a tradition of doing every year.