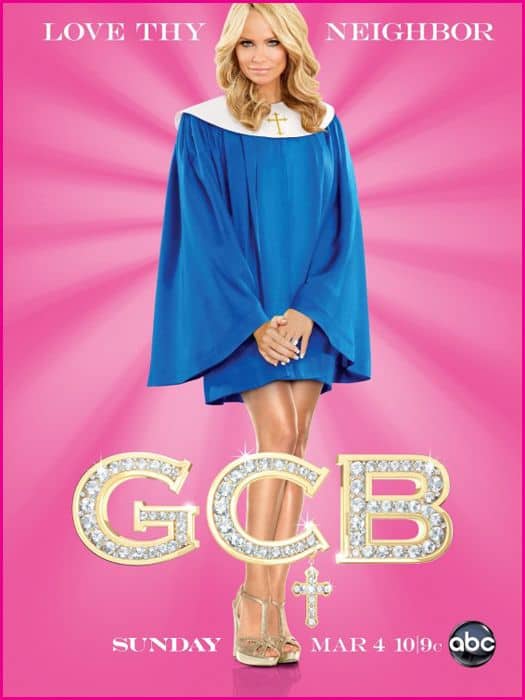 If you have watched television at all in the last few weeks, chances are you have seen the previews for the new show GCB on ABC.   The new show is slated to replace my all time favorite Desperate Housewives which ends is May.

The network says the plot “Centers on Amanda Vaughn, a recently divorced mother of two who, to get a fresh start, moves back to the affluent Dallas neighborhood where she grew to find herself in the whirling midst of salacious gossip, Botox, and fraud.”

Having worked in Fort Worth, Texas for the last year, I can not wait to see this show.  I fell completely in love with North Texas – and I can tell you that the women there are certainly a force to be reckoned with.  This show is obviously a comedy and going to poke fun at a few stereotypes, but one thing the show is 100% accurate on – North Texas is full of beautiful, smart, God fearing women, with wicked senses of humor and a drive and determination that is hard to beat… and I am proud to have many of them as friends.

The “GCB” title actually comes from the book that this series is based off of which is “Good Christian Bitches” by Kim Gatlin.  ABC naturally worried about the title and changed it to “Good Christian Belles” before settling on “textese” of “GCB” for the final title.

The show stars Annie Potts who I absolutely adored watching in Designing Women back in the late 80s.  Other stars include Leslie Bibb, Kristen Chenoweth, and Jennifer Aspen.

As sad as I am about the end of Desperate Housewives, I am totally excited about this show.  So much so that I already downloaded the book to my iPad to finish off between now and the launch of the first GCB episode airing on ABC March 4th – yes, as in this Sunday.

You can see sneak peeks, clips, interviews and more at the GCB main page on ABC.com!

Will you be watching on Sunday?