So, Mike needed a new car.  His Cadillac Escalade was nearing 100k miles, and though she still looked amazing, things were starting to go wrong. So he began the hunt for a new car, wanting something smaller, but still luxury. Mike also likes "unique" so when he found an Acura ZDX in West Palm Beach, Florida, he had to have it.

I was out of town at a speaking engagement when he purchased it, but he picked me up from the airport in it and I fell in love.  A few days later I asked if I could take it for a spin.  I knew I had to have one.

But I wanted bigger.  As much as I adored my little Toyota Corolla, and as much as I swore I would never drive an SUV again after having a Ford Explorer for years, I was ready to find something in the middle. The Acura RDX was exactly what I wanted.

I called our friend Bobby from Pensacola Auto Depot and told him what I was looking for.  The guys up there are incredible and always take such good care of us.  I knew if anyone could find my "unicorn" it would be Bobby.

A few weeks later I got the call.  I cleaned out my Corolla, thanked her for carrying me safely back and forth to Texas dozens of times, and drove to W Street where I saw her parked.  It was love at first sight. 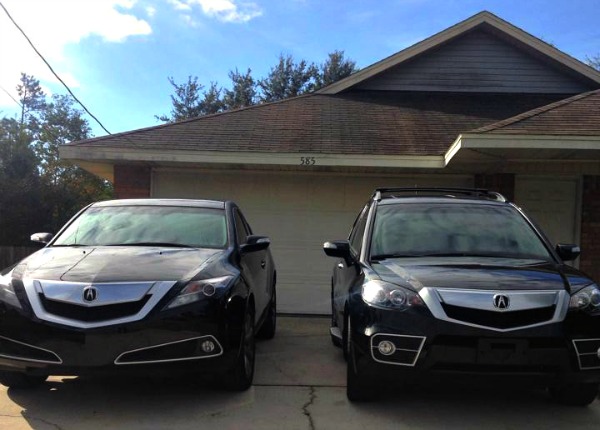 So now we are "that couple" that got cars that are all matchy matchy.  The Acura ZDX is a sexy sports car and the Acura RDX  looks more "family" - but do not be fooled - she has a Turbo Engine that makes her every bit the sports car that the ZDX is.  Both have the full Technology Package which includes everything from hands free dialing, Acura Link Navigation, Traffic, and Weather, Bluetooth, a Voice Controlled Acura/ELS Surround Premium Sound System, Backup camera and more.

I never imagined I would get a car to match Mike... but I absolutely love her.

If you are looking for where to buy a car in Pensacola - be sure to check Pensacola Auto Depot first.  They have tons of beautiful cars on their lot and will take great care of you.

Disclaimer: I was not compensated for this post in any way, shape, or form. Just ecstatic about my new car and want to share how well those guys took care of me! 🙂